Unfortunate for us our home only got FTTN NBN connection. but like others I thought I would share the speed improvement results from cleaning up wiring inside your own home. we have 2 phone sockets 1 in the bedroom and one in the kitchen. by removing the cable from the kitchen to the bedroom, we managed to increase our maximum line rate from 14.2Mbps upload and 35.21Mbps download to 20Mbps upload and 47 Mbps download.

we’ve also put a speed change request from the 12/5 plan to the 50/20 plan so next month we should be enjoying a bit more of an NBN.

To think that with FTTH you could of had up to 4 100/40 connections. and you wouldn’t of had to pay someone to rewire your phone sockets.

speed change has gone through

FLIR ONE for iOS or Android with solid orange power light

Troubleshooting steps when the FLIR ONE has a solid red/orange power light that will not turn to blinking green:

So after crunching some more numbers and reading the green peace green energy guide I decided to change electricity retailers. Based of my need for a high VFIT (see previous post )  it was a choice between AGL (current provider), Click Energy and Diamond Energy.

Ok so the savings it’s not completely fair on AGL $55 of that $70 saving is 100% green energy which I’m not longer buying.  As click doesn’t offer it on their solar plan. but i can buy green energy from the a environmental trust for 4.2c/kWh and it’s a tax deduction.

Click saved me the most money has no contracts over AGLs 3 year killer and Diamonds 1 year one, it was also rated by green peace as middle range green. I’ve decided to move to click energy I’ll officially switch at my next meter read.

It’s official! We’re pleased to announce Click Energy will be a #naturalgassupplier by the end of the year http://t.co/SOtVNIIDJK

If I’ve convinced you to switch and you want to get $50 click has a mates rates referral program  drop me a message and we’ll go from there.

If you where lucky enough to install your solar panels before 30 June 2012 then you have nothing to worry about your nsw government guaranteed to get 60c for those pre 28/10/2010 in the scheme or 20c for those later. I didn’t own my house before that date so I missed out so we’ll mainly be looking at VFIT voluntary feed in tariff.

So to safe you the research I’ve put it in a table below using Energy Made Easy Website to look up power companies avaliable in NSW.

There are other things to take into account when choosing a provide through, like the rates and discount for example click charge 27.39 c/kwh plus 7% discount 25.47 c/kwh which beat the discounted AGL rate of 26.44 c/kwh. Diamond energy with discount is ~26.56 c/kwh. daily service charge will also have to be factored in but it has less of an affect on the bill size. with click offering 78.10 c/day AGL 74.877 c/day and Diamond Energy 78.10 c/day.

I’m currently with AGL but I will be doing some further number crunching to work out if I can get enough savings out of click energy to justify me contract break fee that AGL will charge me if I leave.
I also dispprove on AGLs submission to the RET review so I’m not so willing to give them any more money.

Click energy doesn’t provide green power, this is a slight sticking point as purchasing green energy means not that my power comes from green sources but my money does. But that can be purchased seperatly to your energy bill and more directly to green providers so that might be an option.

Has the solar been a good investment no…the capital cost was around $8.5k so with the amount saved it’ll take 10 years to pay back. The main reason for this is that we export way too much and the fit is so low if we got paid what it costs us it would of saved us ~$1500 a year and only 5.5 years to pay back.  Do I care if it was a solid investment not really.

If we look at how green it is if we take imported – exported (1095 kWh)  that’s how much power I’ve used from other generators which for my area is black coal, but that has been offset by my green power money purchasing green power from wind and biogass. so does my house run emissions free when it comes to electricity according to an accountant yes, because every kWh of power I’ve used has been purchased from a green source  but maybe not according to an engineer.

Other interesting notes on the power bill:

average kWh used per day including solar from April to may 2013 before purchasing the EV was 12.1 kwh

average kWh used per day including solar from July 2013 to April 2014 post purchasing the EV is 16.5 kwh

so the effect of owning an EV on our power bills is about 4.4 kwh per day $1.40 increased cost. Note: this would also include seasonal cost extras like summertime air con and winter time heating so I won’t have a clear picture until we 1 year of EV ownership.

If you want to fly any model aircraft i recommending finding your local club mine is this one http://www.comsoa.com

not only can you get lessons but they have insurance encase your plane falls from the sky. (remember it’s a flying lawn mower i have scars on my arms to prove it)

Currently i haven’t got a lot of time to fly haven’t in a couple months as miss 2 and the newborn are keeping me very busy.

So I decided to build a quad mainly the one designed by the diydrones.com people, there are 2 suppliers of the kit jdrones and udrones. one is based in Asia the other in the US.

I decided to be slack and buy the pre-soldered kit, I can solder and it’s not like it was anything hard like surface mount. Big NOTE when they say pre-soldered they don’t mean the entire kit has be soldered you still have to solder 24 bullet connectors and the power distribution board, and for some reason they give you the magnetometer attached by cable not soldered directly to a header on a board like they recommend.

So what I purchased from Jdrones

Ok so this isn’t enough to make it fly and yes you’ve just spent nearly a AU$1000 you’ll also need to get a Battery, and a radio. For that I tried the hobbyking.com shop. Note: if it’s not in stock in the Australian warehouse delivery times seem a bit slow.Also LiPo battery’s can not be shipped by air, make sure you buy in Australia for those.

Lastly is the radio the most expensive single item after the kit. I’m trying to get my hand on this but apparently the queue is long and the might take months. why so popular you ask well it cost like $60. and something with that many channels cost normally around $200+ so If nothing ships soon I’m looking at buying one of these Futaba 7c and probably from the more local hobby store dune planes

What you need to know about the TX RX radio is basically get 2.4 GHz otherwise the local model aircraft club will not let you fly near them. and you need at least 6 channels and any more than 8 channels is pointless 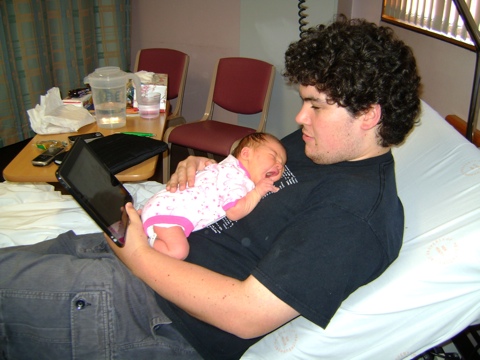 Just cleaned up the wordpress install after being hacked and redirected to random sites.

now to go check all the other wordpress sites.

If this site is redirecting you to other sites please comment below.

Today Kymberly and I had our engagement party. If you haven’t kept pace and I don’t blame you since I haven’t updated the blog. But yes, we are engaged. I asked Kym to marry me on the 16th of June, and she said yes. Romantic stories are for another blog far far away.

Anyway I really wanted to share our lovely Engagement Cake… If you know why you have an engagement cake be sure to tell me. But it kept the future mother in-law happy.